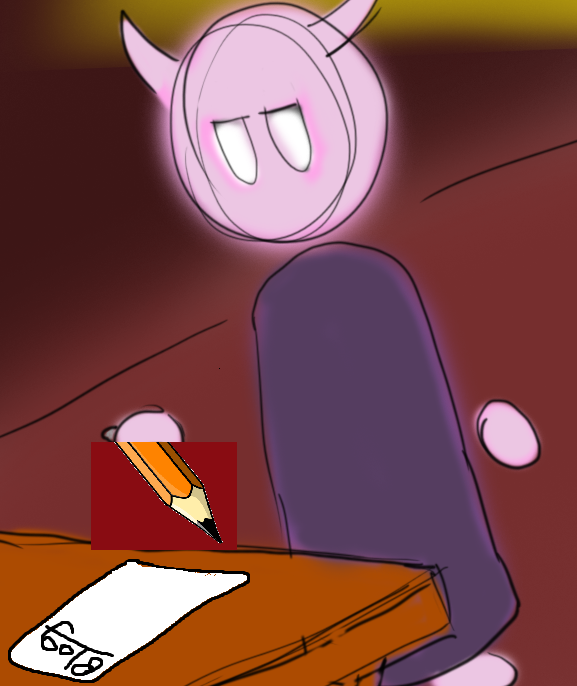 “Yo Frank, what upppp?!” I ask once he answers the phone call and his face shows up, larger than life, on my screen.

“Ey boii!” he replies, his voice booming through my headphones. The line falls silent for a few seconds, before we both speak up in unison:

“So, you’ve got a blog post planned for tomorrow, right?”

We stare at each other (well, as much as you can over the internet), our faces slowly transforming into masks of horror as we realize the ultimate fate we have incidentally worked together to bring upon ourselves.

“What will our millions of fans think?!” Frank cries, as the room around him is engulfed in flame.

“How will we ever persist without the precise instrumentation and scheduling that our weekly blog posts bring into our lives?!” I ask of the world in general, falling to the floor, unable to go on.

Then I meet Frank’s eye. I climb back into my chair as he slowly lifts his  hand, making both a fist and intense eye contact. I raise mine as well, shaking it in the air as we chant:

And that’s the story of how I got stuck spending last night writing this blog post. We all know how it feels to forget about a responsibility…

I really spent the whole week writing this post, not just last night (wink), but that story does a good job of showing how it feels to be behind, especially when it comes to our blog. We’ve made the conscious choice to involve ourselves in indie game development, without any real outside motives other than a love for games and development. Because of that, we do a lot of interesting and difficult things, and we talk about them a lot on this blog. But you know what interesting, difficult thing we do every week that doesn’t really get talked about that often?

That’s right – every week, one of us writes a blog post. Some of them are pretty good – a lot of them show interesting choices we made, or maybe they provide insight to other developers out there. But the point of writing this blog isn’t to write the best blog out there, or to prove ourselves as ultimate authorities on game development (hint: we’re not).

How Hard Can It Be?

This is a fair question, and the quick answer to it is actually one of the reasons we ended up starting the blog in the first place – it should be easy, right?

And for a while, it was! We had spent a year and a half creating a game and only sharing the details of it with each other. We had a whole boatload of topics to talk about! We were itching to discuss artistic direction, algorithm implementations, and design decisions. I think there was a point when we had a full two months worth of posts already written.

However, that was the easy part, the colloquial ‘honeymoon’ period. Of course it’s easy at the beginning! But as the months have worn on (and we’re still less than a year into it), the obvious topics have started to dry up. “What’s our game about? Shadows? Well I already wrote that one…” You end up having to weave thinner and thinner topics into a real story – I mean, I’m writing a blog post about writing a blog. That’s when you know you’re at the bottom of the barrel.

Running out of ideas!

That said, game development and Where Shadows Slumber are both pretty interesting, so we’ve been able to manage coming up with enough topics. The real hard part of this blog is the opportunity cost. We spend a few hours throughout the week writing, revising, and proofreading, and then another few hours finding and creating the perfect images to include. The problem with this is pretty clear – every day we have less and less time left for the game, and every minute spent on something else is a minute we’re not spending on the game. Spending a few hours a week, especially when you have other responsibilities, is a large portion of time to commit. Is it really worth it?

When I pictured myself as a game developer, I never pictured myself writing a blog. Even when Frank and I were pretty far into the development of Where Shadows Slumber, I never even considered it. I mean, we’re making a game, right? Shouldn’t we just, you know, make the game? 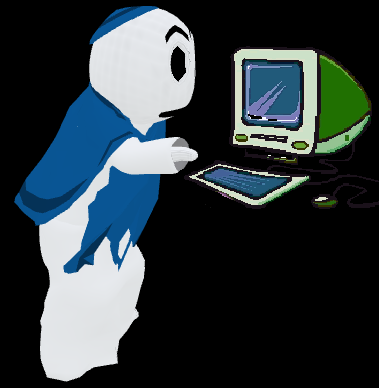 Obe does not engage in blogging. He engages in Gronging.

It turns out that, despite the fact that we could make a game without writing a blog, there are still some places where it’s pretty important. When the idea of the blog first came up, we weighed the positive against the negative, and decided to do it – we must have some reasons, right? And we do!

1.) Getting Noticed. One of the hardest parts of indie game development is publicity. How do you get people to notice your game? If you somehow manage to build a fanbase during development, how do you keep a hold of them until your production release? Thanks to Frank’s orchestration of our process (which you can read about in his blog post about it), we found ourselves with a pretty good demo of our game, and we were still pretty far from a production release. Between a few conventions, a timely release, and an insane amount of luck, we have managed to garner over 200,000 downloads! The problem is, we’re still around 8 months away from a real release. What happens to all of the people antsy for more Where Shadows Slumber?

This is where the blog comes in – anyone who has played the demo and is interested in the game can find out more about it here. They can keep track of our progress and get updates about the game. They can get an idea of when the game will be ready, and they can keep it in mind. They can even hack into WordPress, figure out our home addresses, and then force us to finish the game, if they really want to!

2.) Marketing. Being open about our development process helps us to ‘build a brand’, and writing a blog is one of the best ways for us to do so. Our brand is something that’s very important for us to cultivate – when people think of Frank and Jack, we want them to think of two awesome guys, who are sharing their process and trying to be a part of the indie game development community. We don’t want the general perception of us to be that we’re secretive or shady. Would you rather buy a game from Sir Awesome Coolguy or Creepy McCreeperson?

3.) Helping Ourselves and Others. The biggest aspect of the blog, and the reason that we’re still doing it, is that it’s rewarding for us, selfish as we are. We were part of a panel on indie game development at PAX (which you can read about here), and that’s still one of the most rewarding parts of working on Where Shadows Slumber for me. It really means a lot to me to be able to answer questions or give advice that helps someone else with their game. I truly love game development, and if this blog helps a single person or team bring their ideas to life and complete a game, then it’s all worth it.

So, Why The Where Shadows Slumber Blog?

We want to share Where Shadows Slumber with all of the citizens of the world!

What the Game Revenant blog, at least as it pertains to Where Shadows Slumber, is all about is our progress. We’re a small indie development team, going through this process for the first(ish) time, and we want to let you all know about it. Whether you use it to keep tabs on our game, get tips on your own, or just learn more about us and our process, is up to you. Either way, we really appreciate you reading!

Thanks for reading! If you want to know even more about our process, or have any questions about blogging in general, feel free to contact us, and you can always find out more about our game at WhereShadowsSlumber.com, find us on Twitter (@GameRevenant), Facebook, itch.io, or Twitch, and feel free to email us directly with any questions or feedback at contact@GameRevenant.com.