Where Shadows Slumber has been slowly climbing up the App Store puzzle charts the past few days. (Rank 37 in Paid Puzzle apps, last time I checked) Let’s see how far we can climb after this week’s flash sale in honor of Halloween!

Shamelessly reuse last year’s Halloween trailer? Why, I would never do such a thing… (This one doesn’t even have the Google Play icon [>_< ])

Starting tomorrow, the game will be on sale at only $0.99 for 48 hours. (Just in time for mischief night) By the time the clock strikes “November”, the sale is gone! You’ll have to wait until Black Friday to get another deal like this…

Does it count as a flash sale if I tell everyone about it beforehand? Who cares! Tell someone who doesn’t have the game yet that this is their big chance to grab it at the lowest price ever [^_^ ]

Halloween is almost here! The timing is awkward this year because it actually falls on a Thursday, but most people want to celebrate on the weekend instead of a weeknight. (We were so close to getting a Halloween Friday… will that happen next year? Is that how calendars work?) So that means a lot of events are happening the weekend prior, including this weekend!

I’ll be celebrating in style at Playcrafting’s Trick or Play event this Saturday, October 26th. Of course, Where Shadows Slumber will be on display along with a ton of other great indie games from NYC developers. Here’s their description of the event:

Video games are taking over the Microsoft office in Times Square for an all-out Expo celebrating local developers! Join us for a day of games and fun. All ages are welcome. We hope you can join us for our annual Halloween expo!

Game developers will be showing off their latest games. For developers, this is a great opportunity to show off their games (finished or unfinished) and get direct feedback from players. For everyone else, it’s a unique opportunity to try out the biggest collection of games made in and around NYC all in one place. There will be a costume contest! We encourage everyone to dress (appropriately, no real or fake weapons!) and get into the Halloween spirit.

Lamely, they don’t allow you to bring real or fake weapons as part of your costume. Don’t expect me to dress up as Rocket Launcher McSwordagger like I did last year. (Sailor suit it is, I suppose!) Maybe one of these years I’ll get my act together and dress as Obe. Does anyone have a giant white ball I can fit my head inside and paint eyes on?

Want to join the fun? Get your tickets here while there’s still some left!

Indie devs can submit their games here, but you’d better hurry up…

As I promised in a recent blog post, I’m making the build of NFL Halftime Blitz available to the public to download and play. We’re well past the NDA period, so I’m confident we can release this to the world without any repercussions!

What you will be downloading is a prototype created over the weekend of August 23rd, with some light modifications made in the two days afterward. The whole team is extremely proud of the game!

You can find it right here!

Let me know what you think of the game, either in the comments here or on itch.io. Thanks for playing!

Sidenote: The Where Shadows Slumber itch.io page still looks like it did during the Demo years! Man, I need to update that one… totally forgot about it. 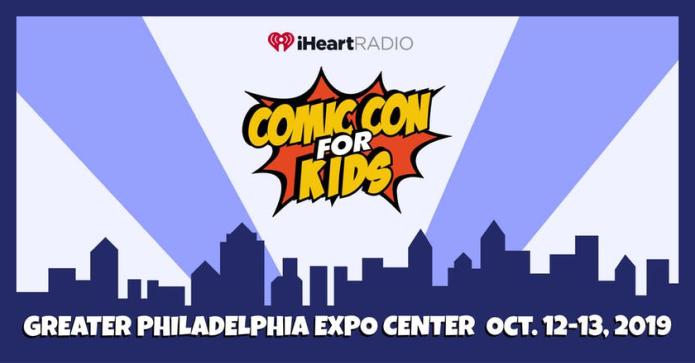 This weekend I have the pleasure of returning to tranquil Oaks, PA for Comic Con For Kids! The show is being held at the Greater Philadelphia Expo Center at 100 Station Ave, Oaks, PA 19456 from October 12th – 13th. Show hours are from 9 am – 5 pm both days.

Hopefully I have better success driving to Oaks than I did last time when I attended Too Many Games. For those of you who don’t remember, a gang of roving cannibals (The Pennsylvania Turnpike People-Eaters) laid a spike trap down on the road in an effort to snare as many innocent travelers as possible. Once I succumbed to their trap, I had to fight my way out of there with only dental floss and Where Shadows Slumber commemorative pins. It went about as well as you’d expect, but the important thing is that I got out of there alive. Big shout out to the fellow travelers on the road who gave their lives in the Great Battle of Mile Marker 176. (Remember the fallen, etc)

On a more serious note, I want to thank the organizers for giving Where Shadows Slumber indie access at absolutely no cost to us at all! They’re not charging me anything for this show, all I had to do was email the organizers and sign on board. Given the fact that Oaks is only a 2 hour drive away, and AirBnB’s nearby are dirt cheap, doing this show is a no-brainer.

Kids! What About The Violence?

I’m well aware that Where Shadows Slumber isn’t exactly a kids game, due to the complexity of its puzzles and an extremely violent story. I made this clear to the organizers as early in the process as possible. Two points on this topic:

For shows like this, I’m really selling the game more to parents than youngsters. (It’s impossible to get teens to spend money on mobile games anyway) So I’m not too worried about parents getting tricked into downloading the game and then having a horrifying experience when their four-year old watches an old man drown a leopard.

Maybe I’ll just make the booth look as spooky as possible to scare people away? Speaking of which…

I’m trying to spice up the booth since it’s October-ween, so I bought these cool flickering lanterns on Amazon. I’ll give them a try this weekend and see how they do! (See video above to witness the glory) These are so perfect for nailing that Where Shadows Slumber effect.

It probably won’t be dark enough in the hall for these to show up, so I’m considering bringing a pop-up 10×10 tent and setting it up over my table. I only bring that to outdoor shows, and I haven’t done one of those in years, so it’s just collecting dust in my apartment. It’s white though, so I’d probably cover it with a big black tarp or something. Maybe I can bribe them to turn the lights off? If only this was MAGFest…

I’m rambling, so that’s all for now! I’m driving there Friday to set up. See you in Oaks this weekend?