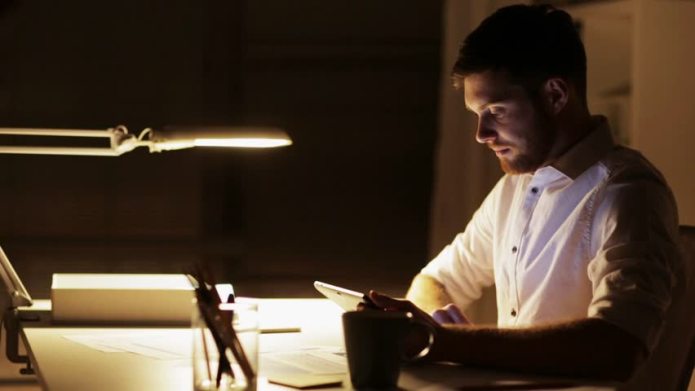 If there’s one thing an indie game developer needs, it’s drive. The competition is fierce, the process is difficult, and we even have to deal with our day jobs on top of everything else.

In order to get our games to market successfully, we have to do a lot of stuff right, make a lot of difficult decisions, and put in a lot of hard work. In order to accomplish any of these things, the first thing you need is the urge to make a game, the drive to make your dream become a reality. But what exactly is drive?

Drive is the internal force you feel that causes you to create something. Drive is forcing yourself out of bed hours before you have to get to work, just for a chance to work on your game. Drive is spending the evening testing the performance of your pathfinding algorithm rather than playing Rocket League. Drive is a lot of things, but I think of it as three core parts:

I’ve seen a lot of indie game development projects suffer due to a lack of drive. The most obvious ones are the games that were never finished because development petered out. Slightly less obvious are the games that take over half a decade to develop because the developers aren’t willing to sacrifice parts of their games, or the games that do come out, but are a little lackluster because of prioritization and decision-making issues. I even know quite a few people who are much more qualified to make a game, but simply haven’t felt the drive to do so.

Frank and I, fortunately, do have a good bit of drive, and we’ve been very careful to get as much use out of it as possible. At the beginning of 2017, we had picked an internal target release date of March 15, 2018, and I’m pretty proud to say that, up until about two months ago, we were on target to meet that date.

Unfortunately, no amount of drive can get you through everything.

A few months ago, my fiancée, Molly, went to see a doctor about a lump she had felt in her neck. Long story short, she was diagnosed with cancer this past November. I won’t go into all the details here (if you want to find out more, you can read her blog about the experience here), but suffice it to say that it’s really turned our lives upside down.

“In sickness and in health”

It’s pretty difficult for me to think of myself as “lucky” in any sense right now, but I know that things could have been much worse – we caught it early enough that it’s still curable. She is currently halfway through her four months of chemotherapy, which means she should be cured by the end of March.

While it’s not as bad as it could be, it’s definitely not good. Molly is the most important thing in my life, Where Shadows Slumber included, and I will continue to do everything I can for her. She has been endlessly supportive of the development of WSS, despite how much time I commit to it, and I intend to be just as supportive of her. Unfortunately, on account of my already-busy schedule, that means some things are going to suffer.

Development shot of the first Level of the Jail.

What This Means for Where Shadows Slumber

If you read this blog regularly, you may have noticed that I haven’t been contributing as much as usual – Frank has stepped up and kept the blog posts flowing. However, what you most likely haven’t noticed is how little I’ve been able to contribute to the project itself. This trend will continue through the end of March – I’ll still be working on WSS as much as possible, but that amount will be far less than it has been over the past two years.

Cancer and Commits are inversely proportional

What this means is that our targeted March 15 release date is no longer feasible, and we’re in a position where we have decided to push the release date back a few months. We still don’t have a public release date, but you should know that we will be releasing in Quarter 2 of this year rather than Quarter 1.

While this is the biggest concrete reason to push back the release date, to be honest, everyone on the team is breathing a sigh of relief. We are all very determined to finish this project in a timely fashion, and we all have the necessary drive to do so, but we also know that the extra time will help us to make Where Shadows Slumber the best that it can be. I know Frank wanted more time to work on polishing up the art, Noah and Alba mentioned that they could implement some cool sound stuff if we had more time, and I could definitely afford to put more work into optimization.

Development shot of one of the Levels in the Summit.

Despite all of this, I still have the drive to finish Where Shadows Slumber. Aside from the shift in timeline, our plans for the game haven’t changed, and our goals seem as achievable as ever. Hopefully, come April, this will all be behind us, and the glorious future of Where Shadows Slumber will be the next thing on the horizon.

If you have any questions about our timeline and how it has changed, or if you have any other questions about Where Shadows Slumber, feel free to contact us! You can always find out more about our game at WhereShadowsSlumber.com, find us on Twitter (@GameRevenant), Facebook, itch.io, or Twitch, join the Game Revenant Discord, and feel free to email us directly with any questions or feedback at contact@GameRevenant.com.