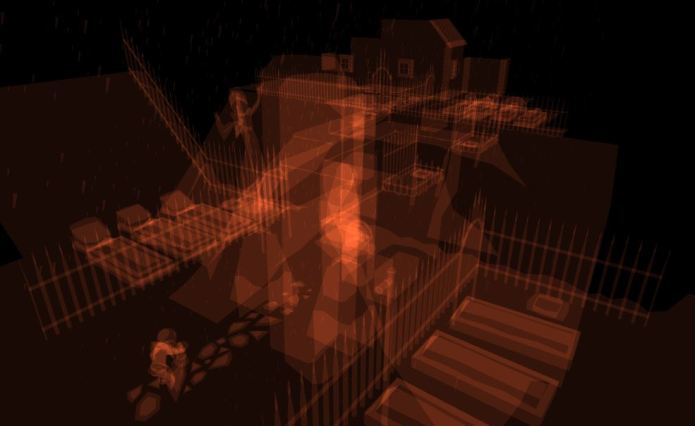 As you probably know, Where Shadows Slumber is starting to ramp up toward a release this summer. It’s an exciting, terrifying time. We can’t wait to share the entirety of what we’ve been working on with the world, but there’s also a daunting amount of stuff to do, and not much time to do it.

If you’ve played any of the recent beta builds, hopefully you like what you’re seeing in terms of design, functionality, polish, art, and sound. Unfortunately, if you’ve played the beta on anything other than a high-end device, you’ve probably noticed something that you don’t like: lag.

Lag is annoying. Lag is something that can take a great game and ruin it. It doesn’t matter that your level design is perfect, your models are beautiful, and your music is entrancing if it only runs at 10 frames per second. If that’s the case, nobody is going to enjoy playing it. And, regrettably, that happens to be the case for Where Shadows Slumber.

So, one of my biggest tasks before we release is to optimize the game, making it run faster and allowing us to have higher frame rates. The area with the most opportunity for improvement is during rendering. A game consists of a lot of logic – Obe’s location, things changing in shadow, etc. – but rendering is the process of actually drawing the scene onto the pixels of your screen.

Earlier this week, I started a post about the different tools you can use to help optimize your rendering performance. It seemed like a good idea, since that’s exactly what I was doing. However, I realized that if you don’t know how rendering works in the first place, most of it is complete gibberish. So I’m gonna leave that post for next week, and this week I’ll give a quick introduction to how 3D rendering works in Unity.

The basics of rendering are pretty easy to understand, at least from a high-level view. The meshes for the objects in your game are translated from world space to screen space, based on the camera that’s doing the rendering. For instance, in Where Shadows Slumber, objects that are further away in the x-axis will be higher up and more to the right when viewed on the screen. Fortunately, we don’t have to mess with this too much – Unity’s cameras do a good job of making this translation.

Now that we understand the basics of rendering, let’s take a deeper look into how it actually happens: the GPU.

The GPU, or graphics processing unit, is the part of the computer in charge of calculating the results of our shaders to determine a pixel’s color. Since modern phones have over 2 million pixels, our shader code must be run over 2 million times per frame – all within a fraction of a second.

Specifically, switching from one material to another causes a bit of a hiccup in terms of speed. The properties of the material are passed to the GPU as a set of parameters in what is known as a SetPass call. SetPass calls are one of the first and most important indicators when it comes to optimizing rendering performance, and are often indicative of how quickly or slowly your game will run.

Because SetPass calls take so long, Unity has a strategy for avoiding them called batching. If there are two objects that have the same material, that means they have the same parameters passed to the GPU. This means that those parameters don’t need to be reset in between drawing the two objects. These two objects can be batched, so the GPU will draw them at the same time. Batching is Unity’s first line of defense against rendering slowness.

While the GPU is the star of the show when it comes to rendering, the CPU, or central processing unity, still does some important stuff that’s worth mentioning (even if it doesn’t have a huge bearing on the optimization steps we’ll be taking). Of course, the CPU is in charge of running your game, which includes all of the non-shader code you’ve written for it, as well as any under-the-hood things Unity is doing, like physics and stuff.

The CPU does a lot of the “set up” for rendering, before the GPU comes in and does the heavy number-crunching. This includes sending specific information to the GPU, including things like the positions of lights, the properties of shadows, and other details about the scene and your project’s rendering config.

One of the more important rendering-related things the CPU does is called culling. Since the CPU knows where your camera is, and where all of your objects are, it can figure out that some objects won’t ever be viewed. The GPU won’t know this, and will still perform calculations for those objects. In order to avoid doing these unnecessary calculations, the CPU will first remove any of the objects that won’t be drawn, so the GPU never even knows about them.

All of these Hitlers would be culled by the CPU (image credit: smbc-comics.com)

Since we’re talking about performance, it should be noted that the GPU and the CPU are two different entities. This means that, if your game is experiencing lag, it’s likely due to either the GPU or the CPU, but not both. In this case, improving the performance of the other component won’t actually make your game run any faster, because you’ll still be bottlenecked by the slower process.

So, now that we know a little bit more about how rendering actually happens, maybe we can use that knowledge to improve performance! At least, that’s what I’m hoping. If Where Shadows Slumber never comes out, then you’ll know I’ve failed. Either way, I’ll see you next week for a look into the tools you can use to help you optimize rendering performance in Unity!

If you didn’t already have a working knowledge of rendering, I hope this post helped! If you do know about rendering stuff, I hope you don’t hate me too much for my imprecision! You can always find out more about our game at WhereShadowsSlumber.com, find us on Twitter (@GameRevenant), Facebook, itch.io, or Twitch, join the Game Revenant Discord, and feel free to email us directly with any questions or feedback at contact@GameRevenant.com.

One thought on “Rendering in Unity”