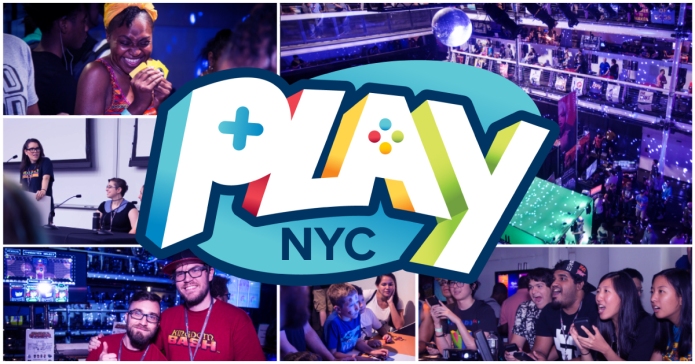 The team behind Where Shadows Slumber is thrilled to announce that we’ll be returning to Play NYC this weekend (Saturday August 11th and Sunday August 12th) for its second year in operation. Play NYC is a massive game convention that takes place right in the heart of Manhattan, and welcomes game developers from all around the Tri-State area to show off their work.

Play NYC has grown a lot over the past year – the event will now be held at The Manhattan Center, and over 100 exhibitors are expected to showcase 140+ games over the course of the weekend. However, one thing has not changed: though Play NYC 2018 is only in its sophomore year, it has quickly become New York City’s premiere indie game event. We can’t wait to meet more fans and show you how far the game has come!

If you haven’t purchased tickets yet, hurry up and buy them! Note that you can only pick up tickets for a portion of each day, not an entire day. Since Play NYC isn’t a 4-day event like PAX East, Playcrafting decided to split each day into 5-hour chunks of time to simulate the 4-day experience.

As developers, we love that. There probably won’t be any slumps during this weekend at all. Generally at these conventions, there are periods where the attendees have seen everything they are interested in, and you have a good hour or two with no foot traffic. I don’t think that will be a problem! I’m not sure how the public will react to this setup, but I hope attendees enjoy the show regardless. Personally, I think 5 hours should be plenty of time if you are coming to Play NYC for the first time and you just want to see what it’s all about. 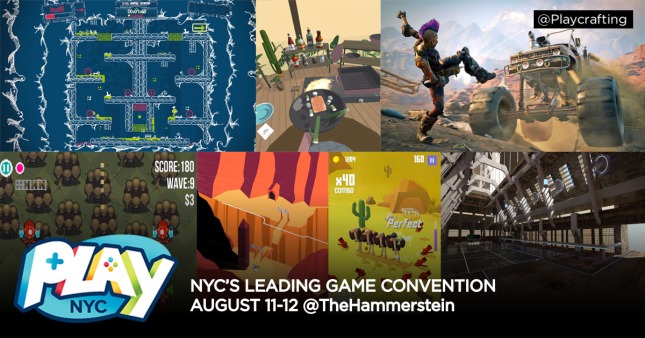 Play NYC In The News

Many prominent journalists are covering Play NYC, which is another thing Jack and I find so appealing about the show. The event itself is a big deal, which means it should attract even more journalists who want to write about underground games made by independent teams.

Here’s a few links to some articles about the event:

We got a shout-out in TechRaptor’s promotional Play NYC article.

The New York Times wrote an article about the difficulties game developers face in NYC.

The New York Times also created a list of 12 cool games made in NYC.

I hope those articles whetted your appetite, and you’re looking for more. (Too bad we didn’t get into that list of 12 cool games… I guess Hoboken doesn’t count as NYC!) If you came to Play NYC last year, you already know how awesome it is going to be. We hope to see you there. 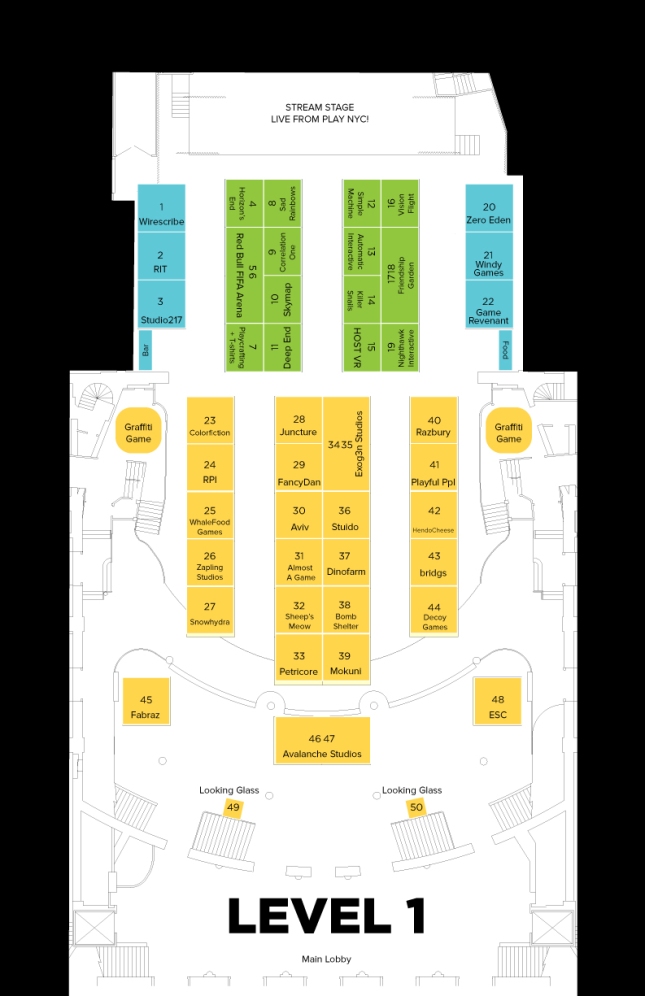 If you take a look at the image above, you’ll find us on the top-right in teal. Booth 22 (Game Revenant) is us! If you read this blog regularly, please come visit us and say hi [^_^] We may even whisper the release date in your ear and force you to swear a vow of silence…

This will likely be our final event before the game launches to the wider public on iOS globally, so it’s going to be our swan song to development. This is the calm before the storm. That also means that if you want to show Where Shadows Slumber to a friend before it releases so you can score cool friend who knows about indie stuff points, you better bring them to our booth!

Of course, if you can’t make it to the event, you can always watch the Twitch stream!

We hope to see you at PLAY NYC 2018! If you’re new to this blog, you can find out more about our game at WhereShadowsSlumber.com, ask us on Twitter (@GameRevenant), Facebook, itch.io, or Twitch, and feel free to email us directly at contact@GameRevenant.com.