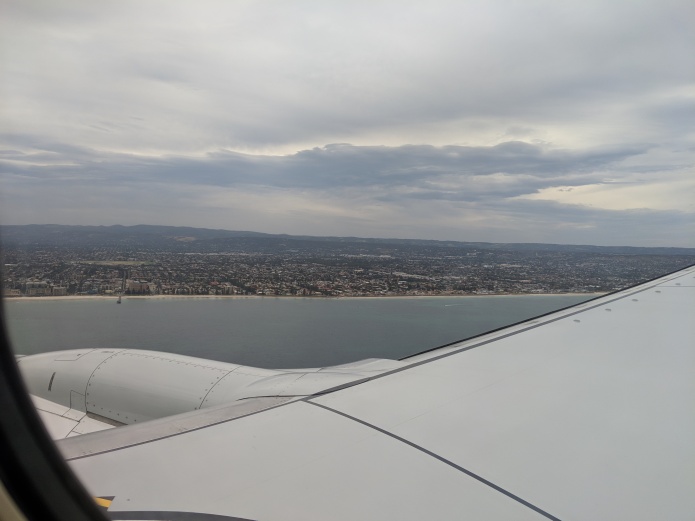 My business trip to Australia is winding down! By this time next week, I’ll be home on the frosty mean streets of Hoboken, and Where Shadows Slumber will be available on Google Play. That’s quite a change from the hot, humid, Android-less weather here in Brisbane.

I’ve enjoyed my time away from the U.S., and I can safely say the Where Shadows Slumber “World” Tour was an official success. Here’s a look at what I’ve been up to the past two weeks, as well as a look ahead at our next event.

Double Supanova In The Sky

From November 2nd to the 4th, I attended Supanova Adelaide. From Nov. 9th to the 11th, I was at Supanova Brisbane. Although the events are part of a series, they felt quite different. Both of them were comic conventions, but Brisbane was much more heavily attended and my table was in a much better location. Even so, both gave me the opportunity to expose Where Shadows Slumber to an audience that otherwise would have never heard of the game. Some people even bought the game on their iPhones right in front of me!

I’m very glad I went – not just because I got to see two beautiful Australian cities, but because it was a chance to bring a bit of joy and mystery into people’s lives. If I had the chance to go to another Supanova, I might dress the booth up a bit different to match the “comic con” theme. But it was still totally worth it! Look out Supanova Gold Coast…

As always, the best part of these conventions is getting chummy with the artists to your left and right. Go support Keelan over at Killustrate (Keelan + Illustrates, he’s not a murderer) by buying some of his cool hand painted artwork! These are not made in photoshop, they’re actually painted and then digitally scanned! Keelan was next to me at Supanova Adelaide, and he’s totally not a bogan so go buy his stuff.

Then, if you’re feeling lucky, grab yourself a replica Ace of Spades from Halifax. I met the whole team at Supanova Brisbane, and got a chance to hold the weapons myself. They feel great in your hand, and you can even paint them yourself if you buy the kit version. Plus, if you’re not a Destiny fan, they’re working on a whole bunch of new guns from classic series like Halo and Devil May Cry. Go vote in their Instagram poll to make your voice heard!

I want to thank everyone I met at these conventions, dealers and customers alike. Everyone made me feel very welcome in this foreign land, and I’m so glad you’re all running around with Where Shadows Slumber pins on your bags now, hehehe. Hope to see you again next time I’m in Australia! 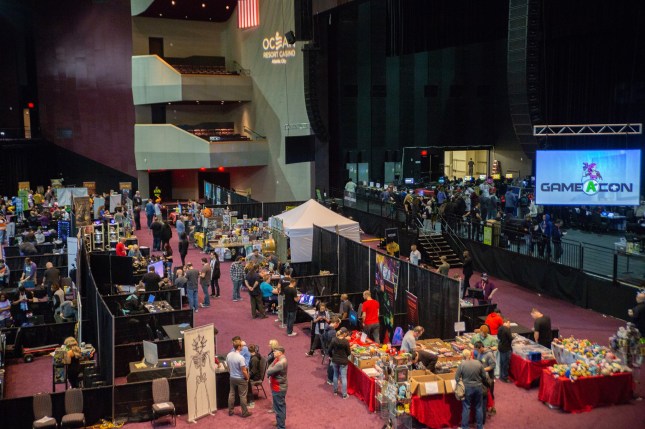 Gameacon NYC is this weekend at the Resorts World Casino in New York City, which I believe is in Queens. Gameacon was one of the first shows we ever did, though we went to the Atlantic City version. The show has since expanded to NYC and Las Vegas. It’s hard to justify the trip out to some of these places, but since this Gameacon is in our backyard it was hard to say no. Plus, the event manager took $50 off our price since we’re alumni!

Sadly, I’ll be in Australia during this show and Jack will be away. Fortunately, Alba and Noah, our talented audio duo, are here to save the day!

Thanks to Alba and Noah for filling in here – if you’re going to Gameacon, be sure to say hello. And if you’re looking for two awesome freelance composers to bring onto your team, show them your game… I’m sure PHÖZ is looking for a chance at their next masterpiece!

One Week Until Android Launches!

We have just seven days until our global (sans China) release of Where Shadows Slumber on Google Play, so we’re both excited and a bit terrified. Everything that could have possibly gone wrong with our iOS release went wrong, so I have no idea what to expect. This is either going to go really smooth, or go terribly wrong in unimaginable ways. In either case, download the beta for free right now so you can fill us in on any problems you’ve experienced!

If anyone knows how Google Play’s stupid promo code system works, please email me at contact@GameRevenant, comment below, DM me on Twitter @GameRevenant, or throw a brick at my head with a note attached to it. I sent a code to Robert Adams of TechRaptor, and it didn’t work! This poor man has been dying to play the game since Play NYC 2017. He must think I’m trolling him. But apparently Google Play’s promo codes don’t work if your game is unreleased. We may need to go into some kind of Closed Beta just so journalists can play the game a few days early.

We’re also preparing for an Amazon launch, which is basically Android with a different online marketplace. Diligent readers of this blog will remember that we won a Developer Spotlight Feature Thing on the Amazon App Store at last year’s Mobile Games Forum at the end of October 2017. Sadly, the contacts I had for that prize have dropped off the face of the Earth, so this week I’ll be doing a little investigating. If we’re not on your Kindle by November 20th, it’s because we’re waiting for a promotion from Amazon.

It’s only a matter of time now.

Where Shadows Slumber is now available on the App Store! bit.ly/WSS-iOS

Find out more about our game at WhereShadowsSlumber.com, ask us on Twitter (@GameRevenant), Facebook, itch.io, or Twitch, and feel free to email us directly at contact@GameRevenant.com.