The month of May is nearly 50% complete. Where does the time go? As we’ve been hard at work finishing Where Shadows Slumber for all of our patient fans, I’ve begun planning a summer tour of interesting game conventions. People always ask us if we have any shows coming up, so hopefully this blog post will serve as a good link I can toss at them. Note that none of these shows are confirmed yet – we’re just considering them. (Or, in the case of PAX, they are considering us!)

Maybe we’ll see you at some of these events?

We’re considering signing up for Playcrafting’s free Demo + Play showcase next month as a way of getting some last-minute testing in on the game’s final few Levels. Since this event is free for developers, we wanted to mention it here in case anyone reading this blog is also a game developer. You should come to this! Playcrafting always does a great job with these free events. The fee for customers is really cheap, so you’ll meet a lot of large families and get the chance to test your games with players of all age groups and skill levels. 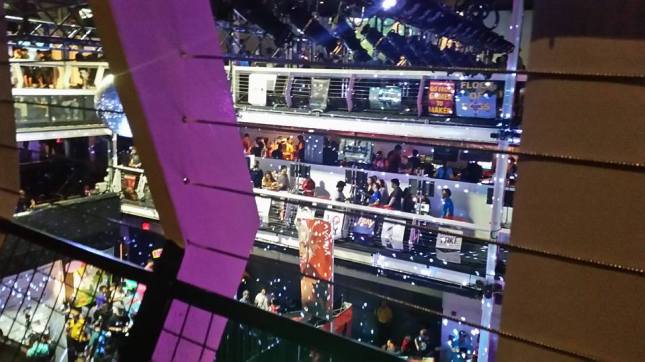 Now that submissions are open for PLAY NYC, Jack and I will of course be applying again. I have a call scheduled with Dan Butchko, the CEO of Playcrafting, set for later this week. From his website:

“Play NYC is New York’s premiere dedicated game convention for creators and players alike. Featuring the latest releases from studios large and small, and from developers old and new, Play NYC celebrates every facet of gaming in a way that only the Big Apple can.”

Play NYC was a blast last year! They had their inaugural show at Terminal 5 in the city last August. I liked the trendy look of the space, but it was obvious that they were going to need more room for future shows. Now they’ve moved to the Manhattan Center for the next 3 years, which should give them plenty of room to grow. Jack and I are so excited to see Play NYC doing well. This might even save us money in the long term, because every convention within walking distance of Hoboken saves us an expensive cross-country trip to a place like California or Texas. Everyone in the Tri-State area should support Play NYC! 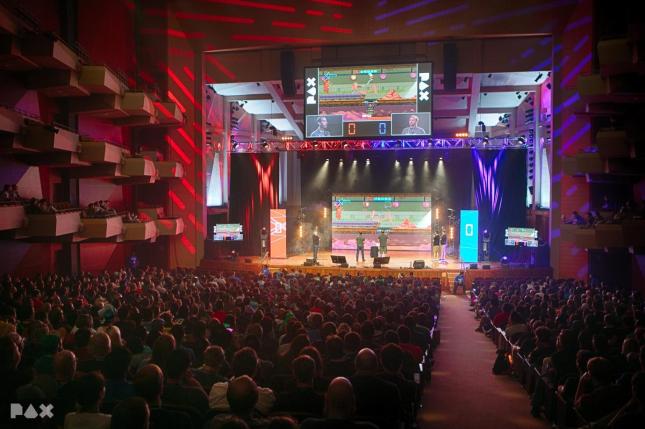 This was one of the first PAX events I ever went to, all the way back in 2015 for Mr. Game! PAX West is a super cool show in a really unique convention space in Seattle, WA. I’ve been to Seattle twice now, and I enjoyed it both times, although the city does have its obvious problems.

We’ve submitted our BETA build to the PAX 10. Every year, the PAX crew judges the games that have been submitted and chooses ten that they went to spotlight. (If you remember when we were part of the PAX East Indie Showcase, it’s a similar setup) Those selected get a free booth at the show, which makes the trip way more affordable for struggling young indies. I saw last year’s gallery and recognized a few friendly faces, notably Keyboard Sports and our friends at Tiny Bubbles. We definitely belong in the PAX 10, so I hope the judges like our BETA build! Jack and I would like to thank everyone who helped test it at SXSW and PAX East.

If you also want to be part of the PAX 10, you had better hurry. Submissions end TODAY! 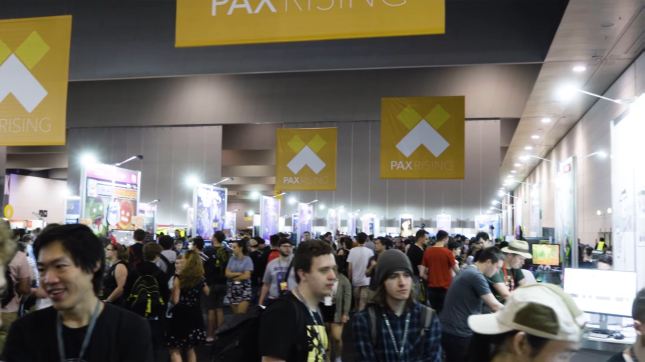 Yes, you read that correctly – we’ve thrown our hat in the ring for PAX Rising at PAX Australia (PAX AUS for short) because… well, why not? Submissions for PAX Rising were open, so I decided to fill out the form. The show is held every October in Melbourne, Victoria. Their mission statement:

“PAX Rising showcases engaging digital games developed by smaller teams. The folks at PAX believe these titles have a chance to rise above their modest beginnings, by growing as a company, establishing a fan base or pushing the industry.”

My wager here is that since a trip to Australia is so difficult, there won’t be much competition for the PAX Rising selection, meaning we have a better chance. But who can say for sure? The guidelines for PAX Rising are quite vague, so I have no idea if mobile games are even eligible. Whether or not we can go on this trip will also depend on if our game can generate the money to pay for the trip. So if you want us to go “down under” to PAX AUS, you better buy our game when it launches!

Check out a video of 2017’s PAX Rising stars on their YouTube channel here.

We hope to see you on the road! Let us know in the comments if you will be attending any of these events. You can find out more about our game at WhereShadowsSlumber.com, ask us on Twitter (@GameRevenant), Facebook, itch.io, or Twitch, and feel free to email us directly at contact@GameRevenant.com.