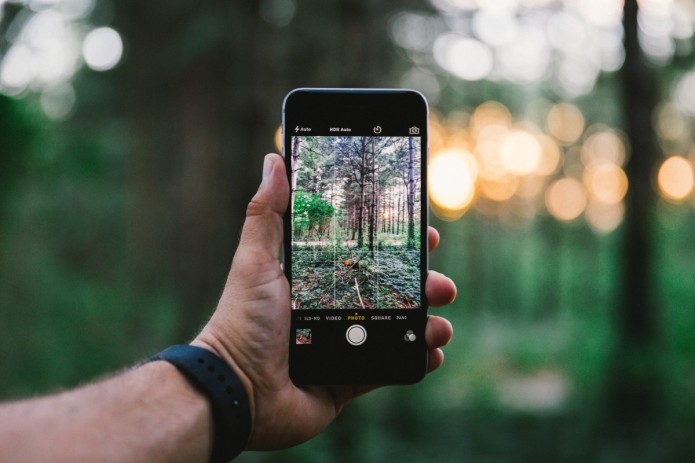 Recently, a friend of ours asked us to provide him some footage of Where Shadows Slumber in action for a highlight reel he’s making. That made me realize we never blogged about the topic of recording your game. I’ve gotten pretty good at recording images and footage of the game over the past few years, so why not share my tricks? It’s just one more thing I never thought I would have to do before I started doing game development, but our experience with SkyRunner taught us a lot.

So this blog post will save you some time if you’re looking for tips: here are the programs I recommend for recording images, GIFs, and video of your game!

During the process of marketing your game, people will often ask you for a full-resolution screenshot of the game in action. To fulfill this request, you need to get the dimensions of the screen exactly right. For example, our game is made for phones in Portrait resolution. If we give someone an image that is in Landscape resolution, they’ll think the game is made for computers or game consoles instead. Getting the resolution right was really important to me, and I recognized quickly that the Microsoft Snipping Tool (more on that below) wasn’t going to give me the high quality screenshots I wanted.

After trying out a few plug-ins on the Unity Asset Store, this is the one I came away with: Saad Khawaja’s Instant Screenshot. It’s free and very easy to use. You can adjust the size of the final image, or set it to the current screen size which is super useful. You can take low quality images or blast the pixels up to an insane level. (I could probably make a banner-sized image with this tool!) Once it’s in your project, you’ll see it in the “Tools” window and after you click that it comes up like any other Unity window. Trust me, you will not regret making this tool part of your routine.

This one is just for Windows users, but there’s a program installed on every Windows machine called “Snipping Tool” – have you ever used it? Find it in your Search bar and save the shortcut. I keep Snipping Tool on my hotbar! That’s how useful it is.

Above, we discussed how sometimes you really need high-resolution screenshots at the exact size of the screen. However, often I need to record segments of the game for internal use. In these situations, like if I’m logging a bug in GitHub, it’s not helpful to have such a large image. My philosophy is that the image should be short and wide with the bug in the center of the picture. This way it will fit in nicely with the text of the bug report. I generally include some kind of note where I circle the problem, or draw a funny confused face. (This probably annoys Jack, but I’m sort of hoping it softens the blow of finding another bug in some far off corner of the game)

Fortunately, you can do all of this with Snipping Tool and you don’t even need to download it! Simply click the snip button, drag across a corner of your screen, draw on it with your mouse, and copy/paste the image where desired. You don’t even need to save the image to your computer if you like to live dangerously. Make Snipping Tool your go-to for capturing bug report images, and include as many images in your bug reports as you can. It will really help your team!

The image above is a GIF, and it was recorded using ScreenToGIF. The best way to explain the GIF file format is that it’s basically a digital flipbook. I may be dating myself here, but did you ever have those little Disney flipbooks as a kid where you could flip through them with your thumb and see the animation play out across a hundred tiny pages? That’s a GIF. They are all over the place, they’re great for advertising your game in motion, and the Internet loves them.

Before ScreenToGIF, I found it really difficult to make my own GIFs. I forgot what program I was using – who cares, it didn’t get the job done! Download this program for free here, and I promise you that you will not regret it. There’s a ton of settings you can tweak to get the image size, file size, and quality you want. It’s extremely user friendly. You can delete frames after you’re done recording too, which is such a nice feature. I’ve never had a problem posting these animated images to Facebook or Twitter. I’m not being paid off to say this: use ScreenToGIF!

I wish I had a better option for recording video of our game, to be frank with you. (Note: I am always Frank with you, dear reader.) This program Open Broadcaster Software (OBS) was the main way I streamed on Twitch a while back when I used to do that. I then realized that it didn’t just stream your image to the Internet – you could also just record footage and save it to your computer. Neat!

Download OBS for free here. It’s not bad, but it’s not perfect either. It can record footage and capture audio too, which is helpful for progress updates like the image above. However, getting the screen resolution just right is pretty difficult. According to Alba and Noah’s finely trained ears, it does not do a good job recording sound from the computer either. But I’m willing to admit that could just be my fault… there are a ton of settings to configure, and I have no idea what I’m doing!

It doesn’t do your editing for you either: I recommend Adobe Premiere or Final Cut. Sadly, I know of no good free editing tools! You’re on your own, I’m afraid.

That’s all for now, folks. I hope this saves you a few days of frantic searching, downloading, and deleting. Thanks for reading, and happy recording!

What programs do you use? Do you like my suggestions? Feel free to leave a comment below! You can find out more about our game at WhereShadowsSlumber.com, ask us on Twitter (@GameRevenant), Facebook, itch.io, or Twitch, and feel free to email us directly at contact@GameRevenant.com.