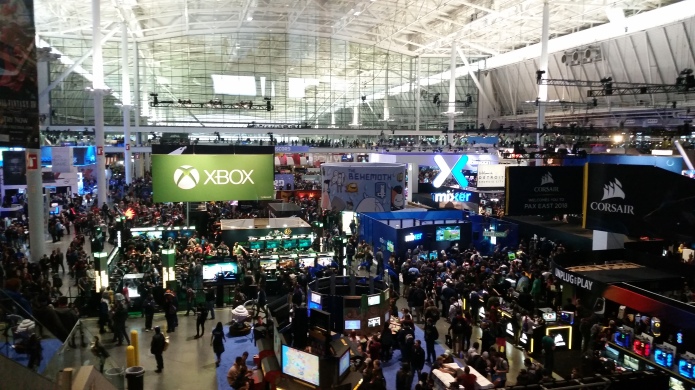 I’ve just returned from an exhausting trip to Boston for PAX East, where I had the pleasure of demoing Where Shadows Slumber at the Indie Megabooth. In this blog post, I’ll briefly describe what the application process was like, how the show went, and my thoughts on the whole setup. 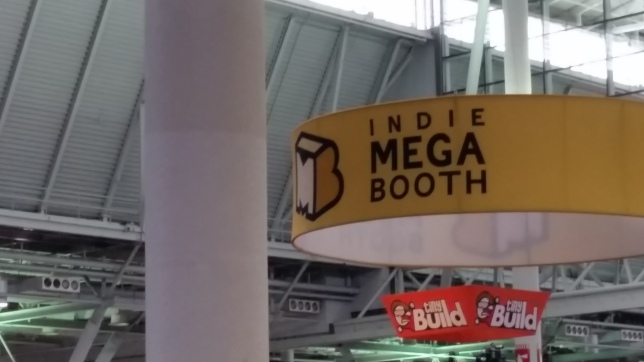 Applying to the Indie Minibooth

Those who have followed our development for the past year may remember that we went to PAX East last year, as part of the Indie Showcase for 2017. It was an honor to be included in that amazing contest! Reading that old blog post is funny, because it shows you just how far we’ve come in the past year. At that time, the cutscene in our demo hadn’t even been animated yet! (Which is completely my fault, lol) It’s amazing to think that now, a year later, the game is nearly complete.

Anyway, we knew we wanted to return to Boston because the crowd at PAX East is huge, but we had a predicament. How do you get an affordable spot at the show? We didn’t want to be relegated to the fringes of the expo hall, which is where they usually place you when you buy a booth on your own. We obviously couldn’t be accepted into the Indie Showcase a second time, (although we are totally going to try for PAX West’s competition) so what were our options?

We heard about the Indie Megabooth because of last year’s PAX – they were right near us, and the space was impressive. We decided to apply via their website, and on November 6th, 2017 we submitted our application for their booth at PAX East 2018 and GDC 2018. The application was essentially a pitch for the game, complete with images, video, and a build their judges could play.

Although we were denied for GDC 2018, we got an email on February 1st of this year notifying us that we were accepted and we needed to reply as soon as possible. We paid the $1,200 fee toward the end of the month, which covered everything from booth space, shelving, promotion, and electricity at the show. All of this was very secretive, which is why we didn’t mention it on this blog or on social media. They wanted the roll-out to be all in unison, so they told developers not to spill the beans that they had been accepted.

I decided that since the space around the Minibooth was so limited, it wasn’t worth bringing a ton of stuff in my car. Instead, I took the train up to Boston on Friday and began to set up for the show! 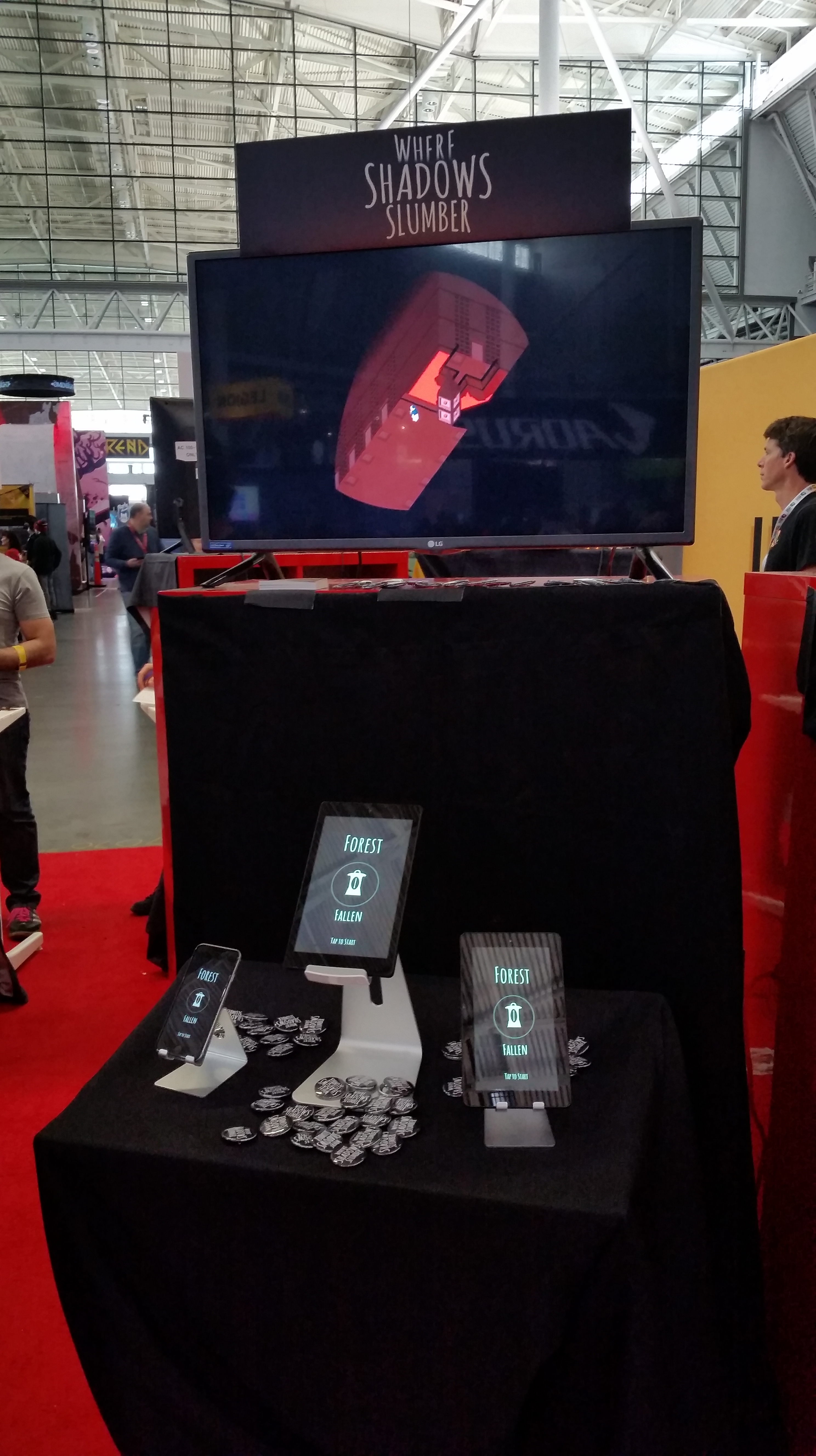 The setup for the Minibooth is a vertical kiosk with a table, and a monitor on top. Our setup looked like the image above: just enough room for mobile devices, Where Shadows Slumber pins, and drop cards. The monitor was playing a 10 minute looping video reel I created prior to the show. 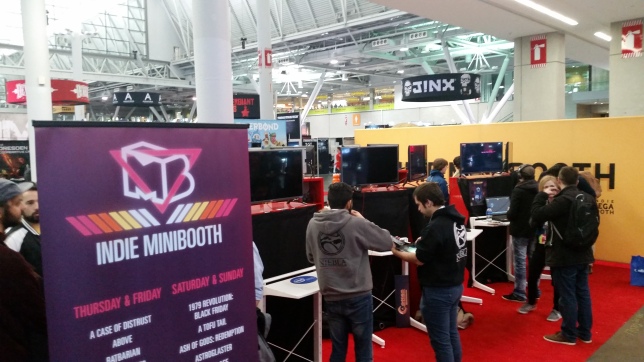 I don’t know how this is decided, but I do remember choosing our preferred days on the application form. Personally, I think the weekend spot is way better and I do sort of feel bad for the Thursday/Friday crew. But I guess the logic is that Thursday and Sunday are both slow, and Friday and Saturday are both crazy, so everyone gets one of each. I feel like we got really solid traffic on both days, but Sunday definitely died out at around 3 pm. Hopefully everyone got their moneys worth! 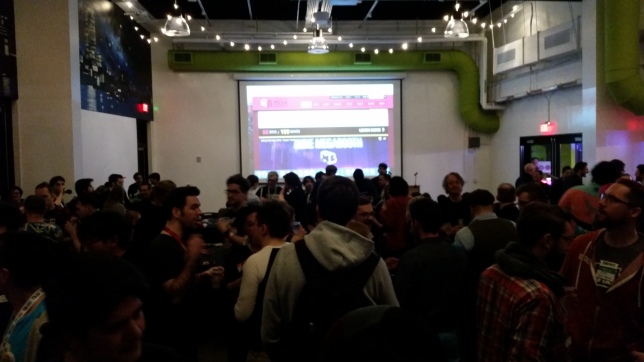 They Threw Us A Party!

This was a nice perk that I didn’t even expect, but there was an Indie Megabooth mixer just a few blocks from the convention center on Friday night. The timing worked out well, since both Minibooth groups were in town at that point. I still kind of feel like an outsider at these events, so I can’t pretend I did a whole lot of “networking” – still, I appreciate the effort to get a nerd like me out of his shell! There was even free food and an open bar. What more can you ask for? [ ^_^] 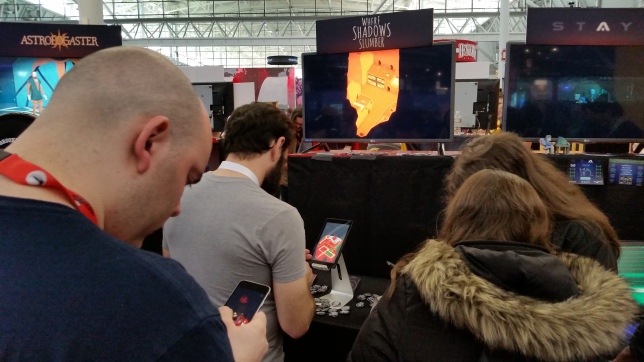 The two days of the Minibooth were exhausting, in a good way. Standing on your feet for 8 hours straight two days in a row is not exactly what I’m used to as a nerdy computer artist. But it was for a good purpose! The traffic during these PAX shows is always really consistent. There was never a dull moment, which is exactly what you want. This is probably due to the good reputation of the Indie Megabooth, but it also didn’t hurt that the Megabooth is in the center of the giant convention hall next to two giant avenues. We never felt “out of the way” or like we were in an obscure part of the space.

No one found any errors that we didn’t already encounter at SXSW, since we brought the same build. (The shows were too close together to worry about rebuilding) I also made a point to not really ask for feedback, and instead pitched the demo, our beta, and this blog. It’s good to know going into a show what you’re looking to get out of it. This one was purely about promotion. 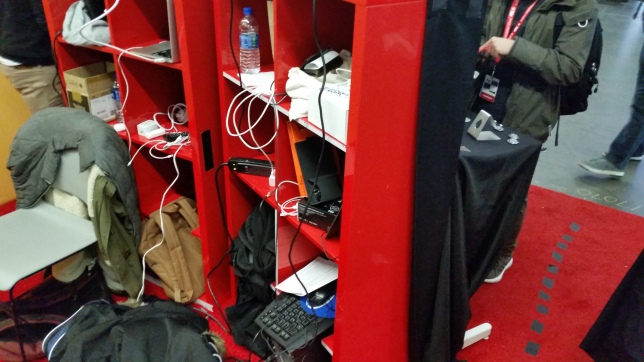 (Chris put a grip tape line down between our booths because the crowd was out of control!)

These shelves were super useful, because the customers couldn’t see them and they made good use of the limited space. I might buy some for Game Revenant to use during future shows. Typically when we go to conventions, Jack is the Charger Master and we’re constantly rotating a few devices between a few limited charging stations. (At SXSW, we actually used the MacBook as just a power brick LOL) I was nervous about handling this show on my own at first. However, having power provided for us – along with my power strip and these shelves – made it a breeze! The devices were always topped off and no one had to be turned away. 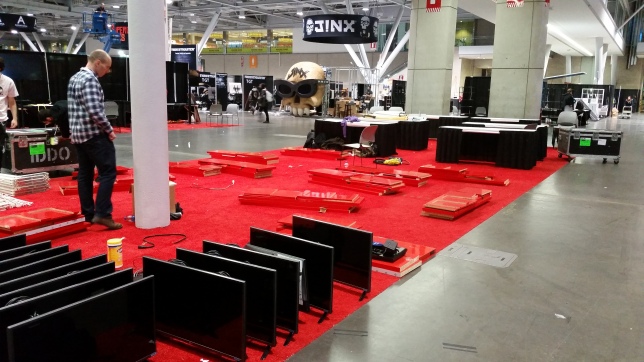 Overall, the Indie Minibooth seemed like a great investment of time and money, and I highly recommend it. (I even recommended it to other developers while I was at the show!) The caveat is that it will cost you a non-trival amount of money to secure the Minibooth spot and get a hotel, so plan accordingly. If you want your indie game to succeed, you need to take a financial risk like this eventually.

If you found out about this blog because you met me at the Indie Minibooth, welcome! Take a journey backward through time and check out all of our other posts. We’ve been posting a blog every week for over a year, so if you’re curious about anything related to this game, chances are good that we’ve covered it in-depth already. It also goes without saying that official announcements about the game’s release date will be posted to this feed, so be sure to smash that follow button if you have a WordPress account.

Thanks for reading this blog! Stay tuned for more updates and announcements related to Where Shadows Slumber. You can find out more about our game at WhereShadowsSlumber.com, ask us on Twitter (@GameRevenant), Facebook, itch.io, or Twitch, and feel free to email us directly at contact@GameRevenant.com. 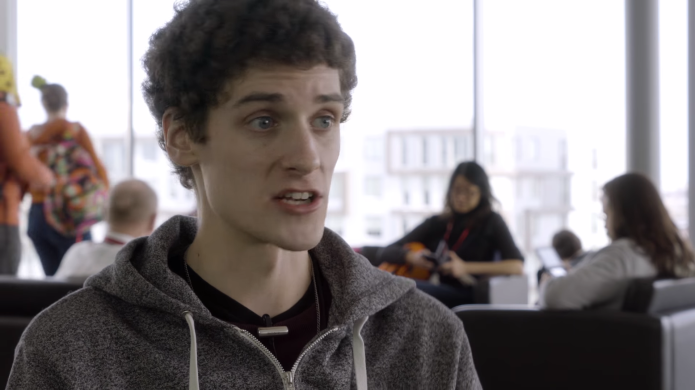 Hey everyone, this week we’ve got something a little different for you!

Currently, I’m in Seattle getting ready for the Mobile Games Forum happening this week. Jack is back in Hoboken preparing for Playcrafting’s Halloween event, which is on Saturday. We don’t have a long blog for you this time, but we do have something that we’ve been sitting on for a few weeks now. On October 6th, I got this message from Christopher Wulf: 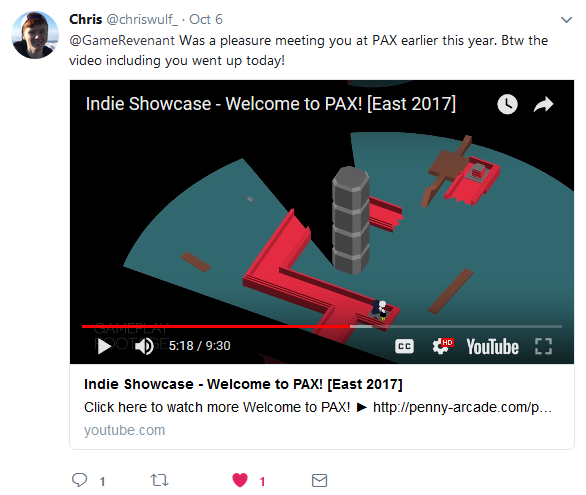 Chris was also in the Indie Showcase, for his game “Ellipsis”

They Were Filming Us The Whole Time!

We totally forgot about this, but during the PAX East Indie Showcase back in March, they interviewed Jack and asked him all about Where Shadows Slumber. The video finally went online and it came out awesome!

I do have two complaints:

Obviously, the second gripe is more serious than the first. There were 5 games at the Indie Showcase, but for some reason only developers from Ellipsis, Bulb Boy, and Where Shadows Slumber made it into the video. That seems a bit unfair, so to rectify that, you should go download Agent A and Tavern Guardians – the missing games! Both games are super fun and I’m bummed that they weren’t featured in this video.

Anyway, enough griping! Watch this, enjoy Jack’s impossibly deep voice, and we’ll be back next week with my thoughts on how the Mobile Games Forum went:

You can find out more about our game at WhereShadowsSlumber.com, ask us on Twitter (@GameRevenant), Facebook, itch.io, or Twitch, and feel free to email us directly at contact@GameRevenant.com.