Christmas is behind us, and the year is coming to an end. For the final blog post of 2016, we decided to recap the major events in the lifetime of Where Shadows Slumber that occurred this year.

When we began 2016, the game’s demo (currently available on iOS and Google Play) was only 2 months into development. As we created and refined our 10 level demo over the next 12 months, we also had the opportunity to attend some incredible game industry events. Here are some of our favorite development milestones! 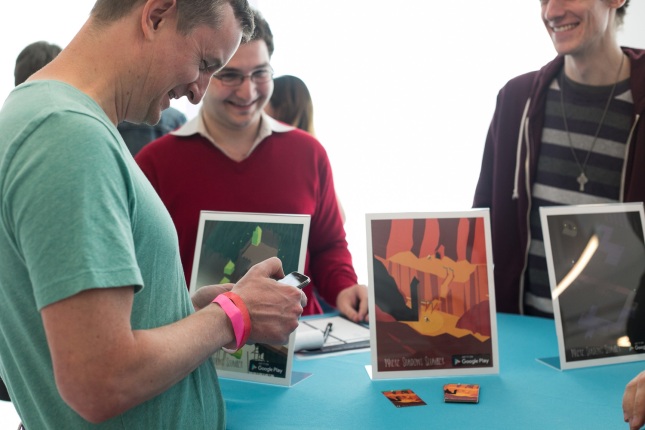 Jack got cropped out of this picture, as punishment for being too darn tall.

At the very end of April, we had the great fortune of attending IndieCade East. This juried “Show and Tell” event required us to submit an application and go through an approval process before being allowed to showcase the game. We’re so glad that the judges were impressed with our game, even during its infant stages. This was the earliest feedback we got from total strangers, and it was positive yet constructive. 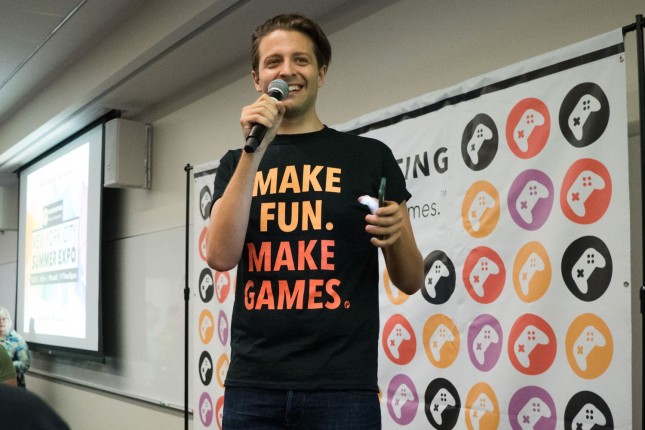 Dan Butchko, the CEO of Playcrafting.

Throughout the year, we attended two of the gaming nights hosted by Playcrafting at Microsoft’s offices in New York City. These intimate gatherings are great for indies looking for a foothold in the industry – lots of people go to them, admission is free for developers, and there’s even free pizza! Both the Spring Expo and July’s Summer Expo were excellent opportunities for us to show off the game and get some candid feedback from strangers. 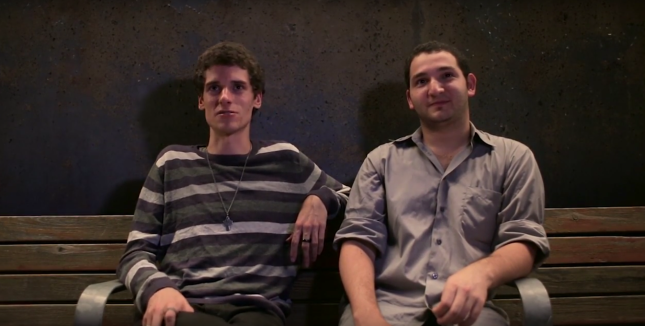 After a busy summer, we finally got a chance to sit down with Earl Madness, a photojournalist we met at IndieCade. Our long form interview is available to view on YouTube – in it, we discuss our hopes and dreams for Where Shadows Slumber, as well as some general thoughts about the game industry. 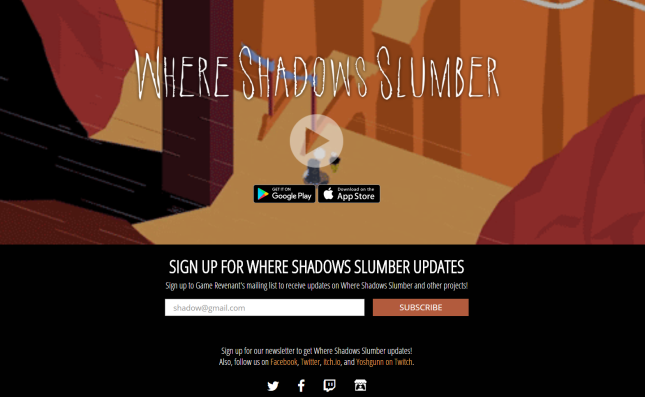 Web developer Caroline Amaba pulled off an incredible feat in October – creating a website as beautiful as our game! The site launched in October and has been a massive source of subscriptions to our newsletter, which means traffic is high as well as interest. Keep up the good work, o Mistress of Webs! 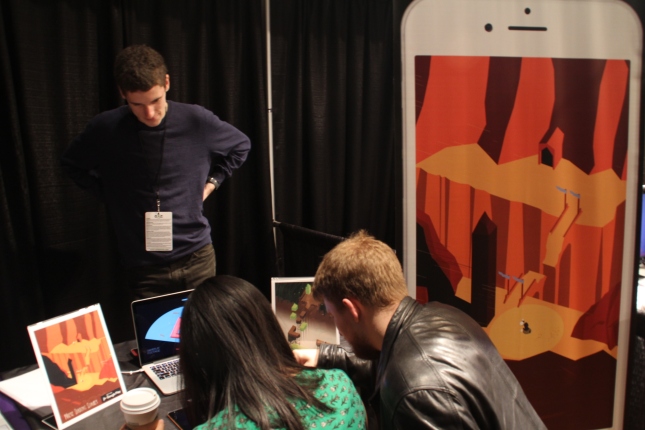 We attended Gameacon 2016 in Atlantic City, NJ for the first time in October. For a new convention, we were pleasantly surprised by the crowd that came to our table to see Where Shadows Slumber. To top it all off, we were nominated for a Crystal Award – Best Mobile Design! Unfortunately, we did not win. But the experience really helped shape the future strategy of the game, and for that we are thankful! 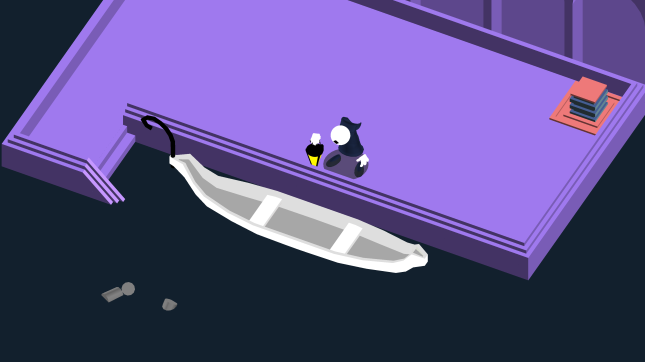 A word of caution: when you schedule an app to “release” on the App Store at a certain time on a certain date, the game is not available at that time on that date. Rather, it begins processing at that time and date and will be on the store a solid 24 hours later. The good news is, it happened to the demo and not the final game’s release! We won’t make that mistake again.

After an arduous submission process, Where Shadows Slumber was accepted into MAGFest’s Indie Videogame Showcase (MIVS). We’ll have the good fortune of attending this event in just over a week (Jan 5th – 8th) at National Harbor, Maryland. This is our first time attending the Music and Gaming Festival in any capacity, so it’s going to be a wild ride! We’ll keep you posted on how that turns out just after we return. 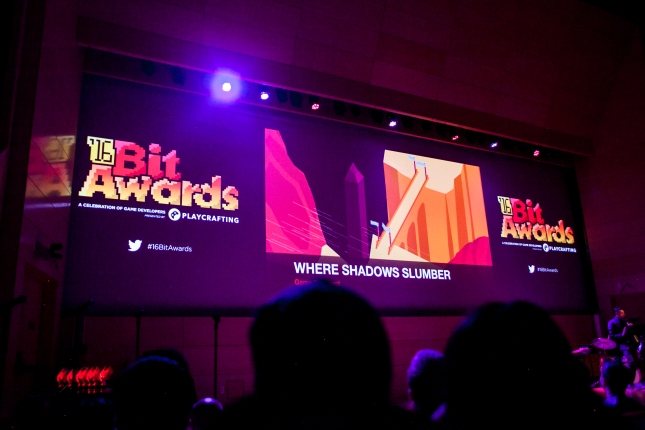 Our previous attendance at two Playcrafting events made us eligible to apply for a ’16 Bit Award. We had no idea at the time, but apparently Playcrafting holds a massive award ceremony at the end of every year! Our submission was accepted and we were officially nominated for Best Mobile Game. Although we didn’t take home the grand prize, we had a blast at the ’16 Bit Awards. They went all out for this thing! The event had free food and a live band, and we got to hang out with some really cool developers. 10/10, would go again!

That’s All For Now!

We’re going to save the “look ahead” for a future blog post, where we’ll discuss what to look forward to in 2017. Some major events are just around the corner – and there is at least one morsel of news that we are legally barred from publicly announcing. (Don’t worry, it’s good news!)

How was your year? We’d love to hear about any cool projects you’re working on. Maybe you’ve made progress on your game in a significant way – or perhaps 2017 is the start of something new? Whatever the case may be, feel free to use our comments section as a way to get the word out about your game! See you in the new year.

Frank DiCola is the founder and CEO of Game Revenant, a game studio in Hoboken, NJ.