I’ve been an avid Unity user for nearly 5 years at this point. Without this creative tool, I would not be making games. It’s as simple as that. I owe a lot to this engine; it’s making my dreams come true. It’s even changed the landscape of the commercial game engine market. (Remember when the Unreal Engine 4 had a monthly subscription?)

Despite my love for Unity, somehow I never had the chance to attend Unite, their flagship conference. At Unite, they gather developers, influencers, sponsors, speakers, and Unity employees under one roof for two days of workshops. I finally decided to go when I saw they were holding one in Austin, Texas. Just a short plane ride away, compared to some of the other places they hold this show. Just in the next few weeks, they have three events across the globe: Unite Melbourne, Unite Singapore, and Unite India!

Have you ever been to Unite? No? Then this is the blog for you. It’s a straightforward account of my travels this past week to Unite Austin 2017. If you’re deciding whether or not to go, I hope this honest blog helps you make a decision. 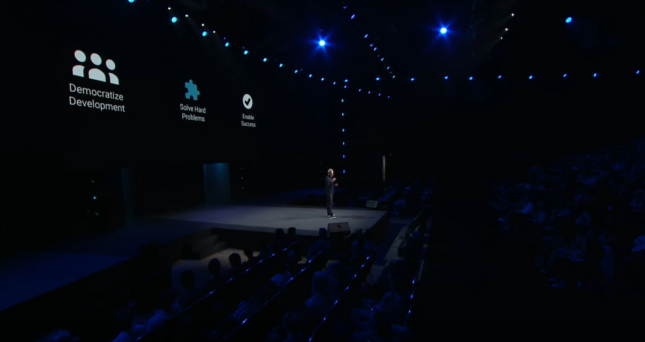 Time to confess… there is one problem with this blog: I completely missed Day 1 of Unite, so I can’t tell you what it was like!

I meant to be there, but my flight got rerouted in mid-air to Dallas because of weather in Austin. We stayed at that airport for 2 hours before taking off again. I was supposed to have gotten in around 4:30, which would have been just enough time to check into my hotel and walk across the street to the Austin Convention Center. Instead, we landed at 8:00 pm… right when things were wrapping up and badge pickups had already closed. Damn!

Perhaps you can consider this a cautionary tale. If your travel plan relies on everything going perfectly, you’re not planning – you’re dreaming.

You can check the schedule to see what happened, because your guess is as good as mine. There was a keynote talk, and I’m sorry I missed it! They put it online here.

Day 2 was my first real day at Unite. This was my chance to familiarize myself with the main showcase, the talks, and the crowd. My first impressions:

The negative first impressions didn’t really last though. As I went about exploring I found there was plenty to do and tons of people to meet. In fact, Unity scheduled some meetings with me prior to the show, which surprised me! Their Analytics team wanted to meet face-to-face to ask me user questions. I really appreciated that, even if I didn’t personally gain from it. The fact that they want feedback that badly shows me they care about constantly improving the engine, which is a good sign.

The schedule for the talks is online (you can find them here), but if you were wondering what was in the main showcase, I saw the following:

(b) A live demo area that was for mini-classes 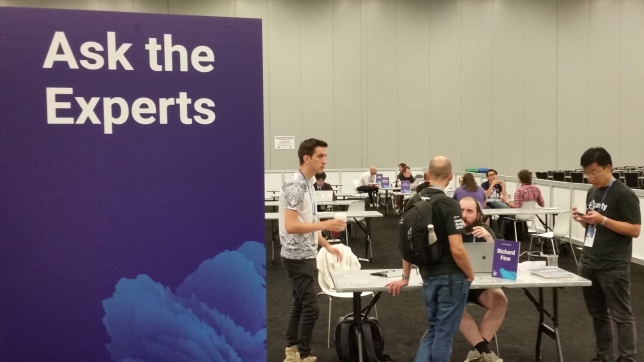 (e) The usual showcase of professional, released games Made With Unity

(f) A separate showcase for VR titles Made With Unity

(g) A gallery of printed images, which I was not expecting! 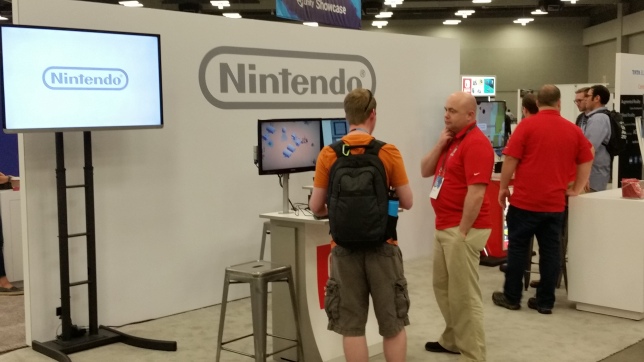 (h) Booths for sponsors and partner companies, like Nintendo

I didn’t realize this, but Day 2 is also party night apparently! Unity knows how to throw an awesome party. I went to three! First, there was an Amazon App Store party. I believe they invited us because the Where Shadows Slumber demo is on their store. After speaking with one of their developer outreach leads, they even gave me an Amazon testing device! 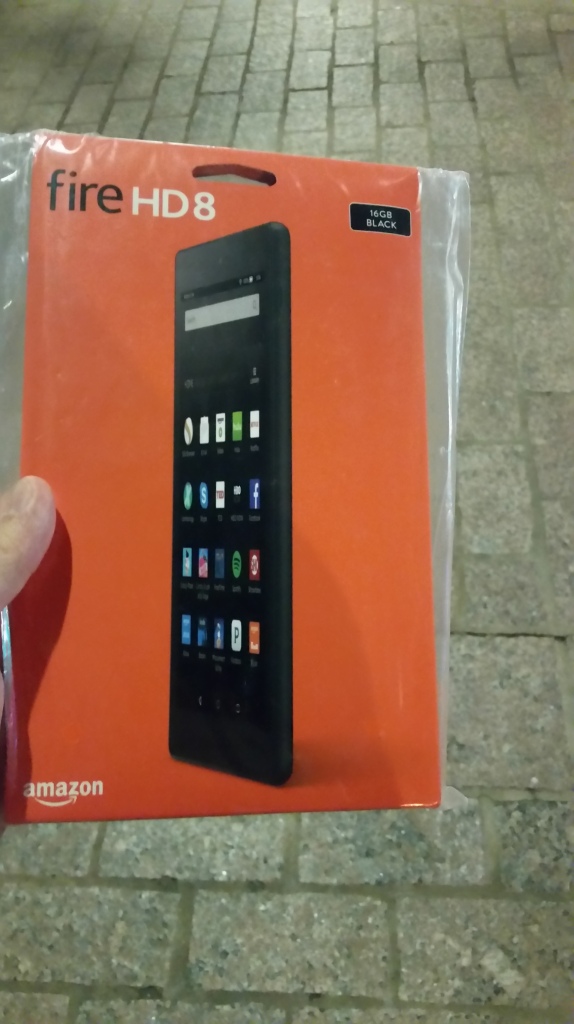 What an unexpected surprise!

Then I went to the Unity Analytics party, which was a happy hour before the real deal – the Unite party. It was insane, man. They rented out an entire venue called Fair Market and had the whole thing catered! There were taco stations, chili bowls, dessert food trucks, an open bar… I went a little wild. I didn’t leave until 10:30. :0

It might seem weird to keep mentioning the parties and the food, but it gets to the core of what Unite is. Don’t go into this expecting some kind of staid business trip. You can totally get a lot done – just networking with Unity employees was worth the money. But I think the real way to enjoy Unite is to treat it like a big gathering of indie devs who just want to talk, hangout, and get to know each other. I wish I knew that going in.

Recognize that the price of admission also covers events that are meant to promote bonding and companionship. Take the name literally! It’s not just wordplay – this is really about remote developers coming together and uniting! 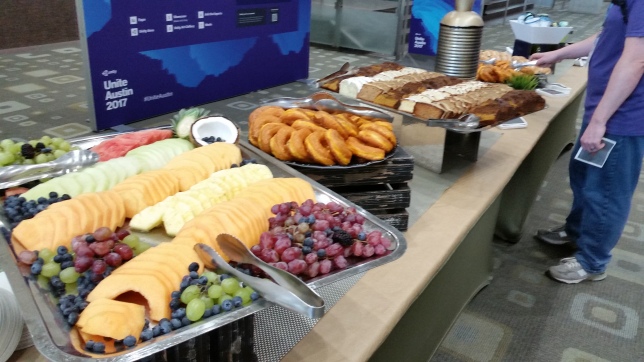 By Day 3, I found my footing. I went to a steady stream of talks, with time in between to attend some of the mini-lessons given by Unity. Their employees are so friendly! I missed an entire talk about the Unity Profiler, so I went up to the presenter and asked for help. Not only did he help me, we went to the Ask The Experts section and spent a full half-hour going over Where Shadows Slumber and how to optimize mobile games. It was incredible!

The talks I went to definitely varied in quality. There were some I was looking forward to that really disappointed me (the “Lessons Learned from PSVR” one was not as fun as the description indicated), and others that didn’t seem relevant at first, but totally inspired me. By far, the best one was a talk about this Walking Dead mobile game by Jason Booth of Disruptor Beam.

Go find this online when he posts it. There’s so much information coming at your face, your face is going to leave your body to find a new one. And that that body will EXPLOOOOODE WITH KNOWLEDGE! He wasn’t shy about the parts of Unity that he didn’t like. That just made me trust him more! Essentially the talk was all about how they got this ridiculous massive world to show up even on lower-end mobile devices. His command of graphics and optimization was impressive. 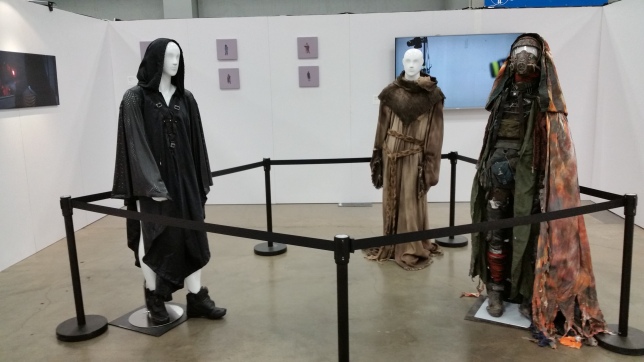 I’m writing this from a hotel room in Los Angeles. (I went straight to IndieCade after Unite) Now that I’ve attended my first Unite, I’ve got just one piece of advice for anyone attending: fill your schedule. When I planned this trip, I allowed for gaps in my schedule to explore the main expo hall. I was expecting something along the lines of GDC – a massive expo hall you could never possibly see all of. Instead, I found it to be a bit lacking. I was able to make the rounds in an hour or two. So, avoid gaps in your schedule and fill your time with meetings or talks! You’ll find that more helpful than wandering around aimlessly.

I hope to return to Unite America next year! (I’m calling it “Unite America” because I don’t know if they’ll be in Austin again.) However, my one condition is that I’d like to return to give talks about Where Shadows Slumber and maybe have a booth in the Made With Unity showcase.

Which reminds me of another talk I saw, all about Unity Connect… time to jump on that!

You can find out more about our game at WhereShadowsSlumber.com, ask us on Twitter (@GameRevenant), Facebook, itch.io, or Twitch, and feel free to email us directly at contact@GameRevenant.com.

3 thoughts on “An Indie Developer’s First Trip to Unite”