As I type this, I’m packing to go to GDC 2017 – The Game Developers Conference at the Moscone Center in San Francisco, California. The convention actually already started, believe it or not. Monday and Tuesday are incredibly expensive lectures and talks, with an expo that runs Wednesday through Friday.

Since I’ve never been to this before, I didn’t want to break the bank. Transportation to San Francisco was expensive enough, especially when you consider I’m staying in a hotel near the convention center. So I’m just going to the expo, where indie devs will be showing off their games and large companies will be holding meetings with business partners.

I have three main goals in mind for GDC 2017: scope out the convention for 2018, meet publishers and distributors, and plan the future of my company.

This is a huge show, and it always happens right around this time of the year. I predict Where Shadows Slumber will be released at some point next year during this time, so it’s highly likely we’ll be attending GDC 2018 as exhibitors.

I want to ask these indie devs if they feel like it was worth the price, the trip, the time, and other costs. You never know which shows are going to give a return on your investment. This also gives me a convenient excuse to actually have fun at a trade show!

I’m so used to going to these things as an exhibitor, I forgot what it was like to be able to freely move about the show floor and talk to people. What a treat!

Also I need to make sure I get details on how to sign up for contests. GDC has a few award shows that run (two, I think?) and I know next to nothing about them. But I know that I want Where Shadows Slumber to win everything forever, so it’s time to get some information. I’ll return next week with contact people!

It can be difficult to make a connection to someone completely online. But Jack and I need people to distribute our game in China, Japan, Korea, Russia, India, and other foreign countries. We don’t speak the language or understand the market. For a cut of the proceeds, these publishers can make our game a hit in their region.

I’m not looking to promise these people anything just yet. Mostly I want them to take a look at the game and get a conversation going. If the game is “on their radar”, then my follow up email over the summer might get noticed.

But first they need to see it. I’ll shove my iPad in their face if I have to! (I swear to God I will do this once before the show ends) I already have a hit list on my phone of who I need to hunt down at GDC, and I won’t rest until I find them!

This took a violent turn… so let’s go to the final section! 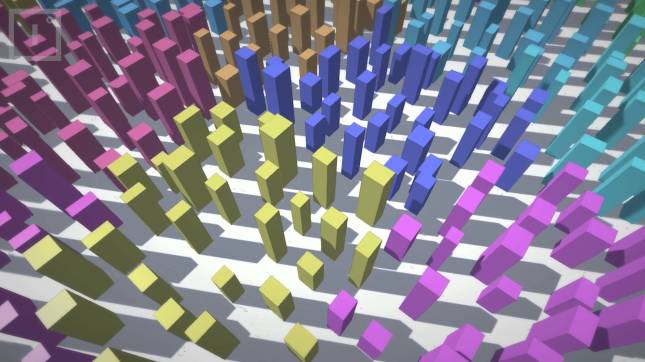 Plan For The Future

I already talked about GDC 2018, so why do I need to plan for the future? Well, you can’t work on one game forever. Even Blizzard will need to say goodbye to its beloved properties one day. Where Shadows Slumber is a beautiful game, but I have a lot more game ideas in the pipeline. Planning for what comes next is important. We may be talking as far as 2019 or 2025 here, but I plan to build this company into something great. That takes foresight.

I want to make a good first impression with some big-wigs at the largest game companies and bluntly ask them what it takes to make third-party games. There’s a lot of exciting stuff happening around VR (which I am still skeptical of), Nintendo’s Switch, and the growing PC gaming market. Now is the time to forge some professional bonds to be used at a later date. There are some technology companies in particular that I want to visit, so I can ask them some “is this possible with your tech?” questions.

I’ll try to do a recap of all this when I return, but PAX East is next week so… gah! It’s going to be a busy life, I suppose >:)

I have a taxi to the airport to catch, so see you next time! Thanks for reading.

Don’t miss updates while I’m at GDC. Share our game at WhereShadowsSlumber.com with the GDC hashtag, find us on Twitter (@GameRevenant), Facebook, itch.io, or Twitch, and feel free to email us directly with any questions or feedback at contact@GameRevenant.com.